"I'm pretty sure I made millions of dollars with that move in closing."

Sean Claggett won a blockbuster $16.4 million verdict against Lowe's in 2016 for the traumatic brain injury a woman suffered during a fall in one of the home improvement giant's garden centers.  The verdict, in which Lowe's was found 80 percent at fault for the accident,  made CVN's national list of honors.

And in a three-hour webinar, Claggett and David Ball, one of the country's preeminent trial consultants, got together to dissect the case, using video from the Claggett's powerful closing.

Hosted live, in partnership with TBI Med Legal, the event was an in-depth examination of the most effective approaches to premises liability claims and the courtroom techniques that maximize verdicts across the full range of personal injury cases.

Click the play button below to watch the full webinar on demand, or use the index to jump directly to any topic that Ball and Claggett discuss.

Ball & Claggett: How a Blockbuster Slip-and-Fall Verdict Was Won

As one of the nation's leading trial consultants, David Ball, of Malekpour & Ball Consulting, is a pioneer in adapting methods of film and theater for use in trial.  Author of the best-selling David Ball on Damages, he is an award-winning teacher for the North Carolina Advocates for Justice and the American Association for Justice's National College of Advocacy. 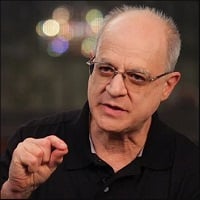 Sean Claggett, of Las Vegas' Claggett & Sykes Law Firm, has won multiple 7 and 8-figure verdicts in a range of cases. In 2017, Claggett was named Nevada Trial Attorney of the Year by the Nevada Justice Association.  Among his notable wins: a $16.43 million verdict against Lowe's in a 2016 TBI, slip-and-fall trial and a $20 million verdict against a homeowners association in 2018 for a TBI suffered on a swing set. Both results earned CVN's "Top 10 Plaintiff's Verdict" honor. 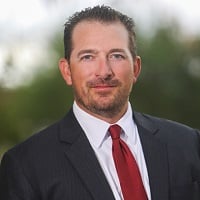 Claggett provides background on the case, involving a woman who suffered a traumatic brain injury after slipping on a wet floor in a Lowe's garden department. He also discusses how he focus-grouped the case to better understand its merits.

It’s critical to do your focus groups early and often so you understand what’s going on. — Claggett on how focus groups helped change his opinion of the case's merits.

Claggett and Ball discuss the change in Claggett's presentation style during a closing in which he began by referring regularly to notes but ultimately set those notes aside for a powerful finish. The pair also detail typical juror opinions on premises cases.

It always comes down to something very simple:  "What could they have done instead?" is one of your most important questions. It’s going to be up front if not very close to the beginning of opening. To show the jurors it doesn’t take mammoth efforts, or mammoth knowledge, or mammoth anything. It takes a common-sense solution. Even in a medical case. Don’t cut what you can’t see…. That’s how simple you want the solutions to be. — Ball on the importance of arguing the simplest solution that would have avoided an accident.

The pair talk about the importance of highlighting the corporate representative when arguing a defendant corporation's responsibility, as well as what to consider in questioning a corporate rep.

When you ask somebody on the stand 'What else could you all have done?'  make sure that, by then, the jurors are all ready to think of all the other things they could have done.— Ball on properly setting up a corporate representative's questioning.

Ball and Claggett discuss breach-of-rules arguments, the importance of selecting the right rule on which to focus, and how to make the breach personal for jurors. They also outline how to counter the "one-in-a-million" defense.

Negligence in any case is totally separate - has nothing to do with - the amount of harm it caused to your client…. You want to show that the violation of the rule is as outrageous as you can possibly show it. — Ball on the importance of arguing the maximum possible harm the negligence could have caused.

Connecting the jury with the case

Ball and Claggett detail the most powerful techniques to connect a jury to a case and the underlying accident.

When you think about “Golden Rule’" in your jurisdiction, Golden Rule doesn’t have anything to do with liability, it has to do with damages. But when you’re talking about liability, it is the Golden Rule; that’s what it is. It’s the reasonable person standard. — Claggett discussing the keys to arguing liability to jurors.

Claggett and Ball talk about how to break down complex injuries so that the jury understands them and your argument will resonate.

I’ve seen some amazing animations, and then when you focus-group them, they don’t work because nobody understands them. — Claggett on the importance of focus-grouping demonstratives.

Claggett discusses his closing argument surprise, and the pair detail powerful storytelling and performative techniques that resonate with jurors.

We are performers at some level. We’re storytellers. And great storytellers take people into the moment. So you have to understand and figure out how to do that. — Claggett on the importance of incorporating narrative and performative techniques to connect with a jury.

Ball and Claggett outline how to effectively counter opposing arguments, as well as how to flip them to your advantage.

You better own that [common sense] jury instruction.... Common sense belongs to plaintiffs, not defense. — Claggett on how to flip the "common sense" jury charge to your advantage.

The pair discuss how best to approach arguing system-failure cases.

The "system" is the people that come in and say that it was OK. The "system" is the people that denied the responsibility up front. You don’t need it to be against a huge corporation. In some ways that’s an even more effective system failure because it is a failure of a system that [jurors] are looking at, and have looked at have looked at in every minute of the trial.— Ball on how to frame a case as a system failure.

Ball and Claggett take questions from viewers on a wide range of issues.

CVN offers hours of video on the topics Ball and Claggett discussed. Here's where to head next in our library.

See all of Sean Claggett's trials covered by CVN.

Learn more about all of the premises liability trials CVN has in its trial video library.