Lloyd Bell & Michael Geoffroy Do a Deep Dive into Demonstratives

"The courtroom is the place for drama... it's the place for taking chances and giving the jury a memory, an impact - physical or otherwise - of the incident."

The right demonstratives can be critical to ensuring your jury connects with your case. But choosing those demonstratives and incorporating them effectively can be a challenge.

Lloyd Bell is famous for his powerful demonstratives that help set up blockbuster verdicts. Using video from his biggest trials, and joined by veteran trial attorney Michael Geoffroy, he breaks down his approach to demonstratives.

The hour-and-a-half webinar focuses on the keys to incorporating demonstratives that can make your case more vivid and persuasive.

Click the play button below to watch the full webinar on demand, or use the index to jump directly to any topic that Bell and Geoffroy discuss.

Lloyd Bell, the founding partner of the Bell Law Firm, has spent more than 25 years in trial practice. He is a member of the Inner Circle of Advocates, and the second Georgia attorney ever inducted into the organization, comprised of the nation's best plaintiff's attorneys. His notable trials include a $26 million verdict for a woman who suffered brain damage after complications with a blood clot, and a $15 million award for a man paralyzed in a fall from a medical exam table. 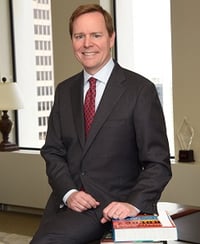 MG Law’s Michael Geoffroy is a trial lawyer practicing in Atlanta, Conyers, and Covington, Georgia for more than 20 years. Michael was a founding instructor of the State Bar of Georgia Leadership Academy and founding Chair of the Georgia Trial Lawyers LEAD program. He has been recognized by the Georgia Pro Bono Legal Project and Young Lawyers Division of the State Bar of Georgia with their Signature Service Award. He adds that he is a bad golfer but a good cook. 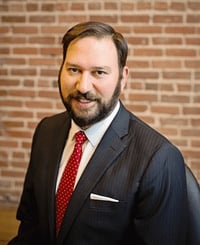 Lloyd Bell and Michael Geoffroy introduce the discussion and talk about the power demonstratives can have in a trial.

Every time that I have used demonstrative evidence and reached back and pulled that [demonstrative] out in the courtroom, I have never been disappointed. — Geoffroy on the power of using demonstratives.

Bell and Geoffroy break down Bell's use of an anatomical demonstrative in Williams v. St. Francis Hospital, a medical malpractice case that led to a $26 million verdict for a woman's catastrophic brain damage. .

Demonstratives need to be simple and they need to show immediately the point that you want to raise — Bell on critical considerations when choosing demonstratives.

Bell breaks down his use of non-anatomical models in openings of the Williams trial, including common items such as a loaf of bread and a cardboard tube, and the pair discuss the use of timelines to support your case.

A timeline should not be a collection of data points. . .  The purpose of a timeline is to show relationships between events. — Bell on the approach to take when setting up a timeline.

Bell and Geoffroy discuss Bell's use of demonstratives in openings of a medical malpractice trial in which jurors handed down a seven-figure verdict for a patient forced to undergo a leg amputation.

Telling a powerful story with demonstratives

The attorneys discuss how to use demonstratives to make the story of your case more vivid.

If you can get close physical proximity with the jury and show them something interesting and see their body language, [how they] kind of lean in, it further creates connection, credibility, and understanding. — Bell on how to connect with jurors through movement and demonstratives.

Demonstratives across a range of cases

Geoffroy gives examples of demonstratives he has used in trial and the two discuss the ways in which demonstratives can be used across a variety of cases.

One of the things that we always. . . try to look for is 'What was the impact of this injury? How did these damages really affect the real day-to-day life of your client?' — Geoffroy on how demonstratives can be particularly useful in cases that do not involve catastrophic injuries.

The body as a demonstrative

The two attorneys discuss Bell's opening in Nelson v. Emory Healthcare, in which Bell reenacted his client's fall from an examination table.

The courtroom is the place for drama… and it’s the place for taking chances and giving the jury a memory, an impact -  physical or otherwise - of the incident. — Bell on why using demonstratives creatively is so important to tell a compelling story that connects with your jury.

Bell shows examples of demonstratives he has used, and the two attorneys break down why they were effective.

You want [your jurors] to be at a point where they say, 'What's coming next?'" — Geoffroy on using demonstratives to hold a jury's attention throughout a trial.

Here's where to head next in our library.

See all of Lloyd Bell's trials covered by CVN.

Watch an in-depth interview with Lloyd Bell on his trial approach.