At first blush, the facts of a case might be stacked against you. But spend some time with the evidence, Steve Vartazarian says, and you’ll find those hidden details that turn the case in your favor and win a verdict far surpassing any settlement offer.

It’s an approach he and Arash Homampour have used to win outsized verdicts. And Vartazarian, joined by Homampour, discussed that approach in two crash cases that delivered 8-figure awards and dwarfed defense settlement offers.

Using real trial video, the pair walk through the high hurdles facing Vartazarian in a 2018 wrongful death trucking crash trial, and how he reframed the case to win an $11 million verdict. And Vartazarian outlines how that same type of approach set up a $10.9 million verdict for a pedestrian hit by a Los Angeles County forklift driver.

It’s a deep dive into how to turn a case to your advantage. Click the play button below to watch the whole 3-hour analysis, or use our index of topics to skip directly to any one of the issues they discuss, from reframing defense arguments to a powerful approach to requesting damages.

Homampour, of The Homampour Law Firm, has secured more than a half-a-billion dollars in settlements, judgments, and verdicts for his clients. Named the 2010 Trial Lawyer of the Year by the Consumer Attorneys Association of Los Angeles, Homampour's notable wins include a $59.3 million verdict at trial over a defective space heater that led to a deadly fire, and a 2019 verdict against the City of San Diego for a crash that paralyzed a cyclist. 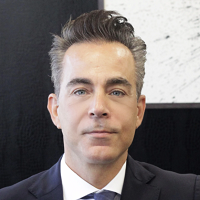 Vartazarian, of The Vartazarian Law Firm, has won multiple blockbuster verdicts that have far surpassed defense settlement offers. Honored by the Consumer Attorneys Association of Los Angeles as its 2019 Trial Lawyer of the Year, Vartazarian's notable wins include an $11 million verdict for the widow of a man killed in a truck crash and a $10.9 million verdict for a pedestrian whose legs were crushed by a forklift. 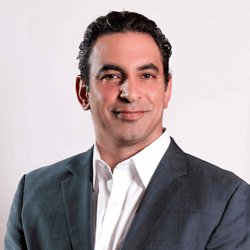 Homampour and Vartazarian discuss their relationship and the background of Garcia v. Tri-Modal Distribution Services, a wrongful death truck crash case, where Vartazarian represented the widow of Jose Garcia, who was killed when the truck in which he was a passenger slammed into a big rig parked on the roadside.

People were like ‘How are you going to sue the truck that your guy hit? — Vartazarian setting up some of the evidence in the case against him.

Vartazarian details the strength of the case against him, which included an eyewitness claiming to see Garcia’s truck driving erratically before the crash, the driver of Garcia’s truck saying he “messed up” moments after the crash, and the evidence against that driver’s claim that he hit the big rig because he was cut off by another car.

I already know what the verdict was but I’m starting to, just now, reflecting back, regret taking the case…. We had to deal with all of these things.. — Vartazarian as he laughed talking about the strength of the evidence against him.

Vartazarian describes a defense expert’s conclusion that the car that allegedly cut off Garcia’s truck was too far ahead of the truck to have caused the accident.

If you can prove that that truck driver was not there for a true emergency… it really doesn’t matter what the driver did, it’s why the truck driver was there [when] he’s not supposed to be there. These are viable cases. — Homampour on taking a trucking case with this fact set.

Vartazarian outlines his goal in the case: showing the big rig had no legitimate purpose for parking on the roadside and proving that Garcia’s truck was indeed cut off by a passing car.

That’s the difference between the 1% amazing trial lawyer and the 99% good trial lawyers. — Homampour on the importance of reframing a potential weakness in your case.

Vartazarian discusses the defense argument that, at 25, Garcia’s health was so poor, he would have only lived 15 or 20 years more, even if the crash had not happened.

Ed Leonard walks over to me, he goes ‘You sure you know what you’re doing?’ … right in front of my client. And he took a sticky note [with $700K written on it] and he goes ‘This is more money than she’ll ever see in her life,’ and he put it right between her and I as we were sitting there…. This really pissed me off. — Vartazarian on the defense offering to settle the case for $700,000.

Vartazarian details how he showed that defense analysis of the truck’s SmartDrive video was incorrect, which helped establish that Garcia’s truck could have been cut off by the passing car.

It legitimized me, gave me a lot of credibility, and then everything that the defense said for the remainder of the trial, [the jury] didn’t believe.— Vartazarian on the importance of undercutting the defense’s video analysis.

Vartazarian walks through the development of his contention that the big rig’s driver stopped by the roadside to urinate rather than because of a breakdown.

We just spend so much time with [the evidence] that, you know, it starts telling us a story, that if you look at something over a course of time versus 2 seconds and give it to an expert and let them tell you what they see, it’s not the same.— Vartazarian on studying the evidence himself before hiring experts.

Turning testimony to your favor

Vartazarian details how he used incisive questioning and cross-exams of a pathologist, the trucking company’s dispatcher, and the defense accident reconstruction expert to support his own case.

If you catch them on this stuff, you will hit a monster verdict every single time…. You have to have the evidence, but I submit to you folks, it’s there to be seen, most of the time. — Vartazarian on reframing evidence and undercutting defense contentions to win a case.

Vartazarian discusses his closing, including his damage claim.

I wait until they do that and as soon as they do, I’m going to unleash on [them.] — Vartazarian on his response in closings to defense insinuations that plaintiffs are greedy.

Vartazarian outlines his $10.9 win in Cobb v. County of Los Angeles, for a pedestrian whose legs were crushed when he was hit by a forklift.

We did focus groups, I mean we had all this great evidence, and injuries were there. I knew the jury was pissed off at the defendant. — Vartazarian on why he turned down a $5 million mid-trial settlement en route to winning a $10.9 million verdict.

Homampour and Vartazarian take questions from viewers on a variety of issues, including developing a theme, voir dire, mini-openings, and more.

If you don’t have a clean violation of the statute, make sure you keep open the option that you can make just a generic negligence argument. —  Homampour on keeping options open in trucking claims.

CVN offers hours of video on the topics Vartazarian and Homampour discussed. Here's where to head next in our library.