The blueprint for success in complex cases.

Auto product liability lawsuits are among the toughest cases an attorney can ever work. It's one reason the lawyers who win the blockbuster verdicts in these cases are known coast-to-coast.

Five of the biggest names in auto product liability cases got together to analyze one of the most monumental plaintiff's verdicts in the industry: Jim Butler and Jeb Butler's $150 million jury verdict at trial over the Jeep fuel tank explosion that killed a Georgia toddler.

Brian Panish, Christine Spagnoli, and Tab Turner joined the Butlers as they walked through the case. From effectively arguing for the admission of other similar incident evidence to building a resonant damages argument, the three-hour discussion uses real-trial video to draw up a veritable blueprint on taking these complex cases to verdict.

Importantly, many of the techniques these powerhouse attorneys discuss, such as simplifying your cross-exam, can be used regardless of the case you take before the jury.

Click the play button below to watch the whole 3-hour analysis, or use the index of topics to skip directly to any one of the issues they discuss.

Learn how you can access an unrivaled library of trial video.

Jim Butler is a founding partner of Butler Prather, a nationally renowned trial practice firm that has litigated cases in 30 states coast-to-coast. Butler is regarded as one of the nation's leading trial attorneys, with six verdicts exceeding $100 million and record-setting Georgia awards across four practice areas. His notable wins include a $150 million verdict for a toddler's death in a Jeep fuel tank explosion and a $105 million verdict for a teenager killed when the fuel tank on his GMC pickup truck exploded. 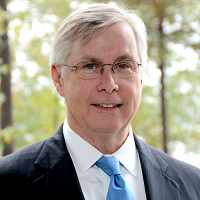 Jeb Butler, of the Butler Law Firm, carries a trial record that has earned him an array of honors, including being named in The Top 100 by the The National Trial Lawyers and listing in Georgia Trend's Legal Elite. Butler's noteworthy trial wins include a $150 million jury verdict for the death of a child in a Jeep fuel tank explosion. 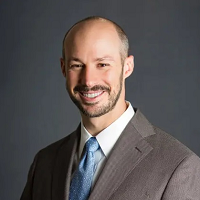 Brian Panish, of Panish | Shea | Boyle | Ravipudi, has won some of the most significant jury verdicts in U.S. history. He has been recognized by the National Law Journal as one of its 100 Most Influential Lawyers in America and was named 1999's Trial Lawyer of the Year by the Consumer Attorneys Association of Los Angeles. His notable courtroom victories include a record $4.9 billion verdict at trial over a fuel tank fire that seriously injured multiple victims, a $52.84 million total verdict at trial over injuries two brothers received in a truck crash, and an $8.3 million verdict against Johnson & Johnson subsidiary DePuy Inc., for injuries a woman suffered from a hip implant. 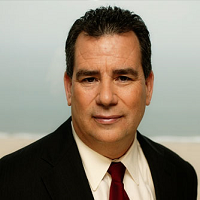 As one of the country's top product liability attorneys, Greene Broillet & Wheeler LLP's Christine Spagnoli  has served as past president of both the Consumer Attorneys Association of Los Angeles and the Consumer Attorneys of California. Spagnoli's slate of honors includes being named 2012's CAALA Trial Lawyer of the Year and receiving the American Association of Justice's Henry M. Philo Award. Her notable trial wins include a landmark $4.9 billion verdict at trial over burns two adults and six children suffered in a fuel tank fire, and a $58 million verdict for burns a man suffered while operating a paddle wheel scraper. 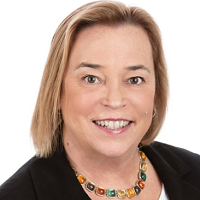 Tab Turner, of Turner & Associates, P.A. and Dowd & Dowd, focuses on a range of product liability litigation, including auto safety cases involving vehicle handling and catastrophic tire failure. Named the Outstanding Trial Lawyer of the Year in 2001 by Trial Lawyers for Public Justice, Turner is a highly sought-after speaker in conferences across the country. His noteworthy wins include a $132 million jury verdict against Ford Motor Company for the death of a baseball player in the New York Mets organization.

The group is introduced and the Butlers provide background on the case, a suit against Fiat Chrysler over the 2012 death of Remington Walden in a Jeep explosion.

The Butlers outline their questioning of Chrysler executive Judson Estes and detail the importance of his testimony to establishing their case, while the group discusses how to approach questioning a corporate representative.

You want to force the defendant in a defenseless case… to put a witness on the stand. In this case that approach… forced them to put up their number-two executive. — Jim Butler, on how a corporate executive's testimony on the witness stand can be crucial.

The Butlers explain their approach to questioning Chrysler's accident reconstruction expert, as well as how they successfully argued for the admission of other similar incident, or OSI, evidence, while the group outlines how they approach comparable situations.

Getting in evidence of other similar instances in these products cases is probably one of the most important things that you can accomplish. — Spagnoli on the critical nature of OSI evidence.

The group discusses the deposition of then-Chrysler CEO Sergio Marchionne concerning the company's use of rear fuel tanks and the Butlers' use of that testimony in trial.

Sometimes the most effective lawyering is asking very simple questions. Just get to the point. Don’t hammer issues that are technical in nature. — Turner on keeping questions simple.

Arguing the measure of a life when requesting damages

The group walks through Jeb Butler's closing on damages, in which he used a family heirloom to argue that damages  go beyond a "market value."

The group discusses testimony of Remington Walden's mother and explains the importance of such testimony to measuring damages.

You have to really work with your clients to make sure that they understand that they’re the only ones who can convey to a jury who this person was, so they have to be able to talk about them.— Spagnoli on preparing surviving family to take the stand.

The group analyzes Jim Butler's damage argument, in which he walks through the life Remington Walden will never live.

The group analyzes testimony from the independent medical examiner in the case and her conclusions on Remington Walden's cause of death. They talk about successful approaches to that line of questioning.

Sometimes the best thing you can do as a lawyer is just shut up and let the witness talk — Jeb Butler on a less-is-more approach to questioning.

The group analyzes testimony concerning OSI evidence and statistics and outline the best ways to admit such testimony and how to frame it for jurors.

Judges are really afraid of this kind of evidence. You really… have to jump through the hoops to, not just show the pictures of the accident vehicles to their expert, but to actually have a jury hear from other people who were in these vehicles when they got rear-ended and they caught fire, or they saw it. — Spagnoli on how to make the most of OSI evidence.

The panel takes questions from the viewers on a range of issues.

CVN offers hours of video on the topics the group discussed. Here's where to head next in our library.