Nick Rowley and Joseph Wilson delve into the story behind the damages-only trial, involving a young healthcare worker with a "caregiver's heart," whose arm was shattered in a collision with an armored truck.

Nick Rowley calls them the "tough cases:" the low-speed crash suits, the slip-and-falls, the soft-tissue injuries. They're the cases that nearly every trial lawyer works at some point. And Rowley says trying, and winning, those cases is the foundation for success throughout your courtroom career.

Rowley and Joseph Wilson dissected one of those "tough cases:" Wilson’s $584,000 win against Loomis Armored for the shattered arm a young nursing aide suffered in a 2018 crash at an Atlanta intersection.

Using real trial video, the pair outlined a veritable roadmap of best practices on the “tough cases” they say must be tried in the face of low-ball settlement offers. It's a webinar deep dive into the techniques that win verdicts in everything from those difficult car crash trials to headline-grabbing blockbusters.

You can join that deep dive, on demand. Simply click the play button below to watch the whole 3-hour analysis, or use our index of topics to skip directly to any one of the issues they discuss, from approaching voir dire to setting up damages in closings.

Nick Rowley, founder of Trial Lawyers for Justice and a partner at Jordan, Herington & Rowley, has secured more than $1.5 billion in settlements and verdicts over his career. Named the 2018 Trial Lawyer of the Year by the Consumer Attorneys Association of Los Angeles, Rowley's notable wins include a $10.5 million post-verdict settlement for the brain damage a high school student suffered at a pep rally and an $8.4 million verdict for the family of a Vietnamese immigrant killed in a California crash.

Joseph Wilson, of Atlanta's Joseph Wilson Injury Lawyers, was selected by the Georgia Trial Lawyers Association to participate in their prestigious GTLA LEAD program. And in 2016 he was honored by the Atlanta Business Chronicle in its "Who's Who," 30 Under 30 edition. Wilson's notable trial wins include a $500,000 verdict for a tenant injured in a deck collapse and a $584,000 award for a woman injured in an armored truck crash. 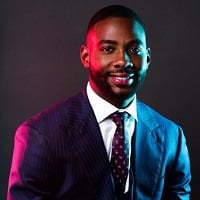 Rowley and Wilson delve into the story behind the damages-only trial, involving a young healthcare worker with a "caregiver's heart," whose arm was shattered in a collision with an armored truck.

Quotable moment: That's the bedrock of who I am as a trial lawyer, is trying the tough cases that nobody else wanted to touch. What is honorable and magnificent about Joseph Wilson is that's what he's done.— Rowley on trying difficult cases.

Wilson details his approach to jury selection in the case and the attorneys walk through how to approach voir dire in general.

Don’t judge them, don’t chastise them, don’t try to persuade them in front of everyone else, because it’s not going to happen. — Wilson on questioning a prospective juror adverse to your case.

Courtney Rowley joins the discussion to dissect Wilson's opening statement and discuss the art of the perfect open.

We put the dollar amount up right away. First slide. — Nick Rowley on when he brings up damages at trial.

The pair discuss Wilson's approach to questioning Loomis Armored's corporate representative with an eye toward showing that the company had failed to take responsibility for the crash.

I wanted to juxtapose [defense arguments aimed at doing the right thing by plaintiff] with the reality of how Loomis has treated Kirche in this accident. — Wilson on why he called the corporate representative first in a damages trial.

Wilson and Rowley walk through best practices in putting a plaintiff's treating physician on the stand.

The Golden Rule [doesn't prohibit] asking people to understand and apply their own human experience.—  Rowley on connecting the jury to the accident.

Wilson details his questioning of before-and-after witnesses, including the plaintiff's sister, who was in the car at the time of the accident, and the wife of one of the plaintiff's former clients.

It gives you so much credibility when you talk about the good parts of life.— Rowley on before-and-after testimony.

Putting the plaintiff on the stand

The pair walk through the plaintiff's testimony and discuss potential pitfalls to avoid when a plaintiff testifies.

Make sure your clients are stoic.— Rowley on putting your plaintiff on the stand.

Wilson details his closing and the two attorneys discuss issues ranging from how to argue damages to the best way to phrase a closing argument.

Those jurors are the people that have come to your cookout. — Rowley on how to speak to a jury in closings.

The pair take questions from the attendees in a wide-ranging discussion and recommend the books that have most influenced their own trial technique.

Trial By Human by Nicholas Rowley and Steven Halteman

Don’t Eat the Bruises: How to Foil Their Plans to Spoil Your Case by Keith Mitnik

CVN offers hours of video on the topics Rowley and Wilson discussed. Here's where to head next in our library.